I love weddings in Boston in the fall–and particularly ones held at the elegant Boston Harbor Hotel. Elise and Kevin chose October 18th to get married, and I was delighted to be selected to do the bride and bridal party’s makeup for Elise’s big day. Of course, I wasn’t surprised when Elise told me Person + Killian would be doing her photography; just look at the beautiful photos below.

The wedding began with a full mass at St. Mary’s Catholic Church in Charlestown, MA. After the ceremony, formal photos were taken in the Boston Public Garden, which was the perfect location to show off Elise’s gorgeous dress, makeup, and the fabulous fall weather. The celebration continued with cocktails and dinner and dancing at the Boston Harbor Hotel late into the night.

Elise and her family did such a great job creating the ivory and yellow centerpieces with vines and candles, and their wedding cake featuring two furry canine friends on top was adorable while still being elegant. Congratulations again, Elise and Kevin! 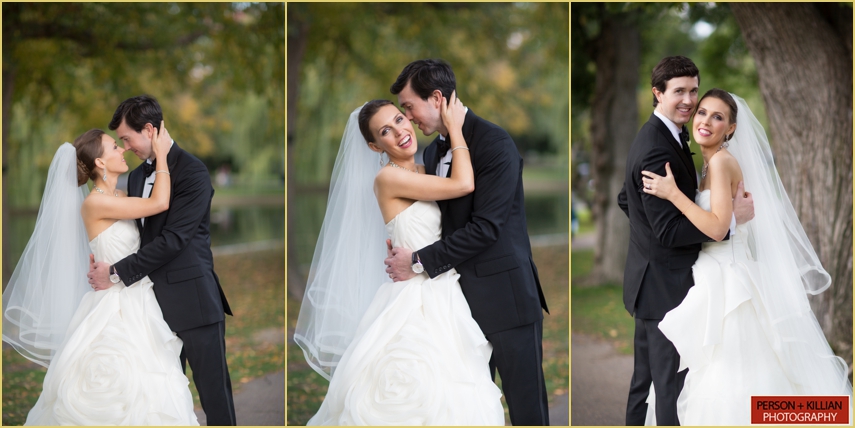 We’re moving into winter now, so the fall wedding season has come to a close at last. However, there are plenty of stunning wedding looks just perfect for these sparkling winter months. Make sure to ask me about my latest 2014 Winter Pocket Makeup Guide next time you’re in for an appointment at my Katrina Hess Newbury Street Makeup Studio here in Boston.