Say Yes To The Dress 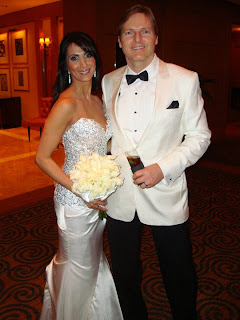 I recently had the pleasure of working with bride Sherry Ladha, who married Brian Kelly this past New Years Eve at the Four Seasons Hotel in Boston.

What made this particular event stand out from the several others I have witnessed, were the cameramen and television crew present throughout the planning process. Sherry was being filmed by the makers of “Say Yes to the Dress,” (airing Fridays at 9:00pm on TLC). She looked absolutely stunning, wearing a spectacular crystal gown by Pnina Tornai, from Kleinfield’s in New York City.

It was also an honor to work alongside so many respected industry professionals. Lynne Johnson, of the Inviting Company, did a fantastic job overseeing and planning the wedding, as well as putting together the elegant inviations. The talented Cheryl Richards, my good friend and colleague, photographed the event and lovely bride and groom.

Stay tuned! This episode of “Say Yes to the Dress” is scheduled to air in Spring 2011.