Countdown To A Royal Wedding: Day 1

I was flipping through Legendary Brides, a book by Letitia Baldrige, and was admiring the way in which some of the world’s most fashionable women have celebrated their weddings. Whether they push boundaries and become nuptial trendsetters, or base their aesthetic on a more classic, traditional wedding model, each bride featured in the book looks beautiful and celebrated their wedding with a truly legendary bash.

Seeing as the Royal Wedding is this Friday, I thought it would be fun to feature some of my favorite brides throughout the week, and focus on what it is that makes each of them so special.

First, I’d like to focus on the woman who made the white gown, matching bridesmaids dresses, and ornate wedding a phenomenon: Queen Victoria. In 1840, the Queen wed after she proposed to Prince Albert of Saxe-Coburg and Gotha (though she was bound to do so based on her title as Queen, I still find it incredibly romantic that she asked him for his hand!). Instead of the usual velvet and jewel-adorned gown wore by monarchs on the day of holy matrimony, Victoria opted for a simple white satin gown trimmed with orange blossoms and lace. She was also one of the first women to dress all her bridesmaids the same, and the Queen specially designed ballerina-inspired white dresses trimmed with white roses for all of them to wear to her ceremony. 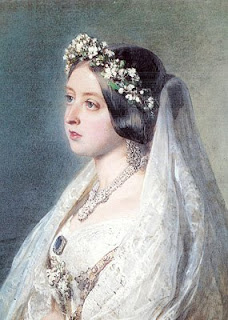 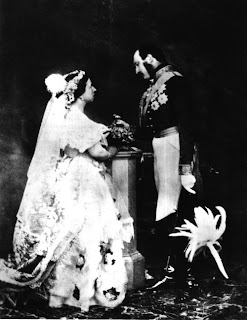 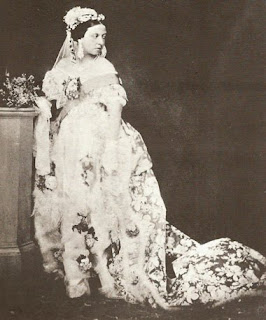 Queen Victoria was a very strong, influential women, and elements of her wedding were mimicked and admired for generations to come, forever changing the way women around the world celebrated their marriage. I’m excited to see what similar elements the lovely Kate Middleton will incorporate into her Royal Wedding this Friday!